In April 2017, Apalachicola Riverkeeper, National Wildlife Federation, and Florida Wildlife Federation filed a lawsuit in a federal court in Washington, D.C., against the U.S. Army Corps of Engineers. The lawsuit challenges the Corps’ decisions on how to manage water in the Apalachicola-Chattahoochee-Flint (ACF) River Basin, including withholding unprecedented levels of water upstream to provide water to the city of Atlanta and to the detriment of the ecosystems and communities that rely on that water downstream, such as the Apalachicola River and Bay.  Another case by Alabama stakeholders challenging the Corps’ decisions was also filed in Washington, D.C.

In June 2020, the Apalachicola Riverkeeper, National Wildlife Federation, and Florida Wildlife Federation asked the Court for permission to add two new claims to their lawsuit. Both claims would challenge the Corps’ failure to release sufficient levels of water from the upstream reservoirs to support fish and wildlife conservation downstream, including in the Apalachicola River and Bay. The state of Georgia, Georgia Water Supply Providers, and the Army Corps objected to this request. We await the Court’s decision.

Through July and  August 2021, the federal defendants filed their final reply briefs in the case.  Because of the staggered briefing schedule, the intervenors’ filed their final reply briefs recently.  There is no further briefing scheduled in the case.  The judge can rule directly on the papers or an oral argument can be scheduled before ruling. We await an update from the court.

Learn more about the ecological connectivity of ACF system.

Separately, the US Supreme Court ruled in the Florida v Georgia case earlier this year. The decision brought no legal solution to the equitably sharing of water in the ACF Basin. 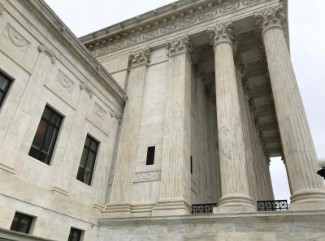