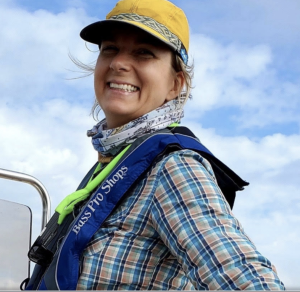 Georgia is an avid outdoor enthusiast. A former kayak instructor and river guide, she ran a north Florida ecotourism company for nearly a decade where she spent time learning about the Apalachicola River system and began volunteering with Apalachicola Riverkeeper.  After selling her business in 2013, she was recruited to lead a regional conservation awareness initiative at Tall Timbers in Tallahassee. Georgia has also worked with the Red Hills Small Farm Alliance to help promote local, sustainable farming. Prior to moving back to Florida in 2001, she worked in children’s advocacy and taught at Arizona State University.

Georgia believes outside play and wild places are fundamental to both the health of humans and the planet. She says, “People will protect what they love. Also, people depend on this river system for their livelihoods. I’m constantly reminded by people’s actions that so many people deeply care about the Apalachicola River–and the Bay that it nourishes. It deserves our long term protection and restoration efforts.”

Cameron Baxley was born and raised in Montgomery, Alabama. Cameron grew up tromping around in the Mobile-Tensaw Delta and found her first love, water. Determined to somehow transition a fervent hobby into a career, she moved to Charleston, SC to obtain a degree in Marine Biology. For nearly two decades Cameron ran the professional gamut of working in the academic, private and government sectors as a scientist. She says, “It is with sincere gratitude and earnest anticipation that I step into the role of Director of Outreach and Advocacy for Apalachicola Riverkeeper.” 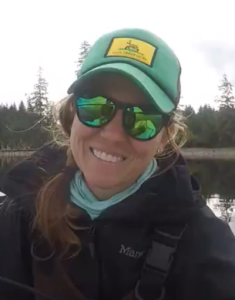 A hard fast hydrophile, with a drive for problem solving, look for Cameron Baxley somewhere in, on, near water trying to fix something. 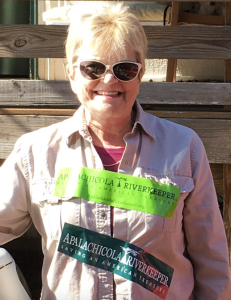 Diane Hines joined the team in 2017.  She says, “It has been a joy being part of such a dedicated staff collaborating with enthusiastic volunteers and members to protect and restore the Apalachicola River.  I never realized just how majestic this river is until I became part of the Riverkeeper family! It is indeed the mighty Apalachicola!”

Prior to becoming Deputy Director at Apalachicola Riverkeeper, Diane spent more than two decades as the Vice President of Administration for the Florida Wildlife Federation. There she learned to appreciate all of Florida’s environment and developed an understanding of the many serious challenges facing the state today.

Diane, a native of Pittsburgh, PA, has lived in Tallahassee since 1990, raising her daughter here, and appreciating all of the outdoor activities available to her family. “It is amazing how your children catch on to what is important to you. Today, my daughter is a dedicated environmentalist for which I am thankful,” says Diane. 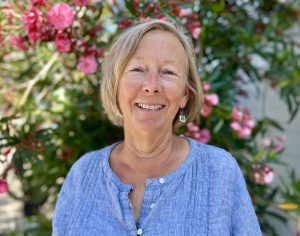 black water river near her hometown. This instilled in her a lifelong love of waterways. She first visited the Apalachicola area in the mid-eighties and was quickly pulled in by its vast natural beauty, returning again and again over the years. As she explains when asked, “I wasn’t born here but I got here just as fast as I could.” Prior to relocating to the area twelve years ago, Susan worked as a special education teacher and administrator in several north Georgia school systems.

Susan is a longtime supporter and member of many local, regional, and national environmental organizations. As Administrative Director at Apalachicola Riverkeeper, she manages our membership databases, online store, and fields phone calls and email inquiries from both visitors and citizens throughout our basin. Susan also keeps the two Scipio Marina office cats spoiled with kitty treats. She loves all animals.

When she’s not in the office, you’ll probably find Susan on one of her frequent beach rambles, exploring and photographing the area she now calls home.