The recent Ghost Trap Rodeo, a community partnership organized by Ocean Aid 360, netted  tons of marine debris. Who knew collecting tons of trash could be so fulfilling? The 50 or so volunteers that showed up for the second Ghost Trap Rodeo, organized by Ocean Aid 360, seemed to have terrific fun cleaning up Apalachicola Bay and its surrounding water by pulling derelict traps, tires, tarps, plastic containers, and other random debris from our local waters and shoreline. Both boaters and walkers collected nearly 6,000 pounds of waste. This included 193 derelict traps. 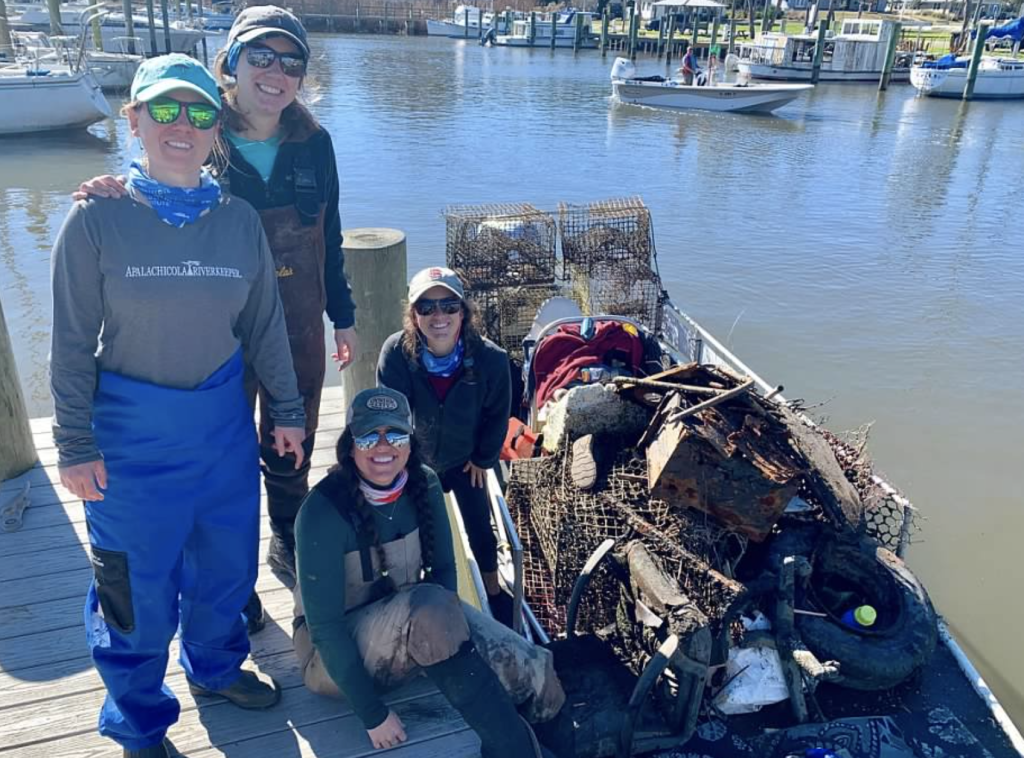 Check out the photo album.

Marine debris can harm and kill aquatic life. Plastics breaking down in the water also end up consumed by fish then humans. Debris also creates navigational hazards for boaters. 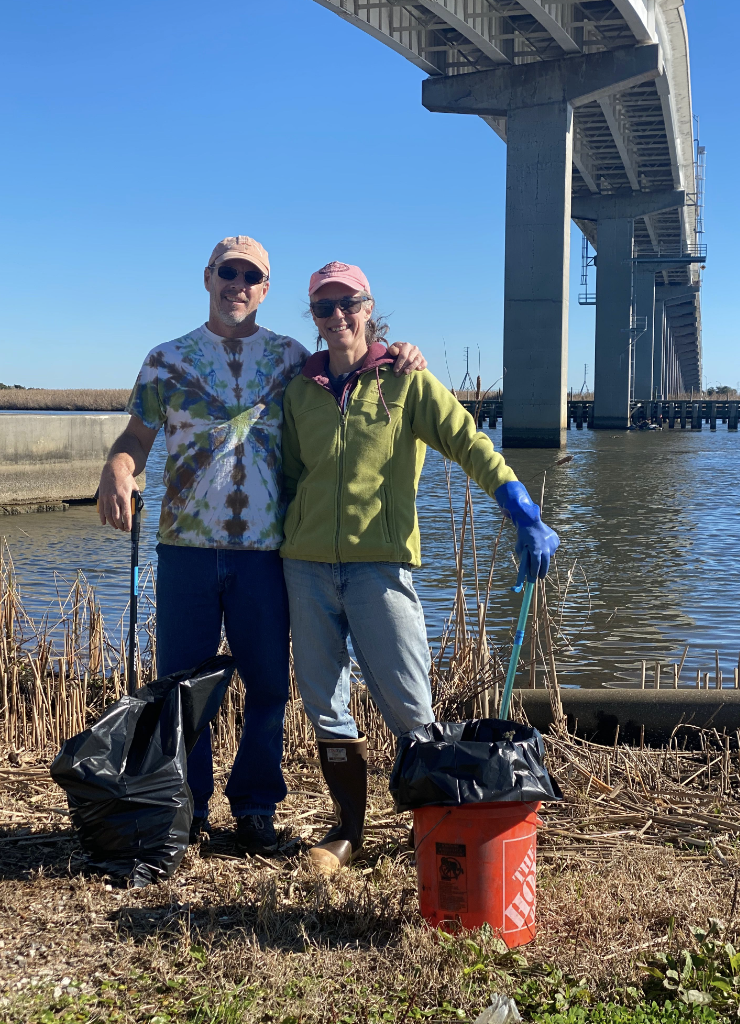 This year’s Ocean Aid 360 event was sponsored by numerous area businesses and groups, including Apalachicola Riverkeeper who helped recruit volunteers. Special thanks to Jo Pearman for making this all happen!  Lunch and prizes were enjoyed by all. Commissioner Ricky Jones thanked the group for their efforts. Similar to the first Ghost Trap Rodeo of 2021, the camaraderie of the clean-up was again a big highlight of the day.

Want to help keep the waters of the Apalachicola River and Bay debris free? Join us for a Power Hour!

By Georgia Ackerman, Riverkeeper and Executive Director at Apalachicola Riverkeeper. Georgia routinely picks up litter on the east end of George Island and along Market Street in Apalachicola with her dog Janeway. She can be reached at [email protected] 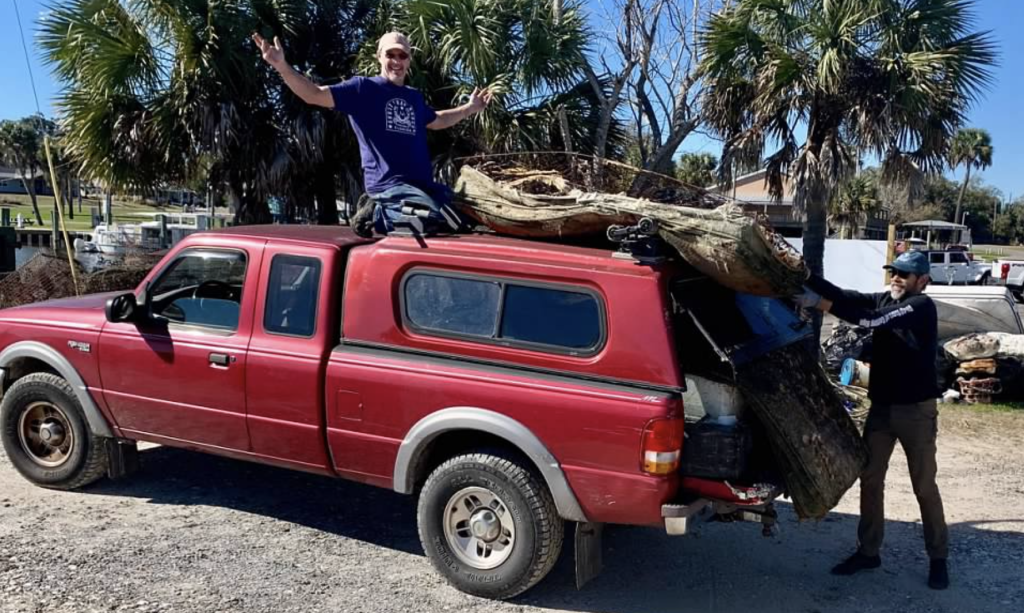 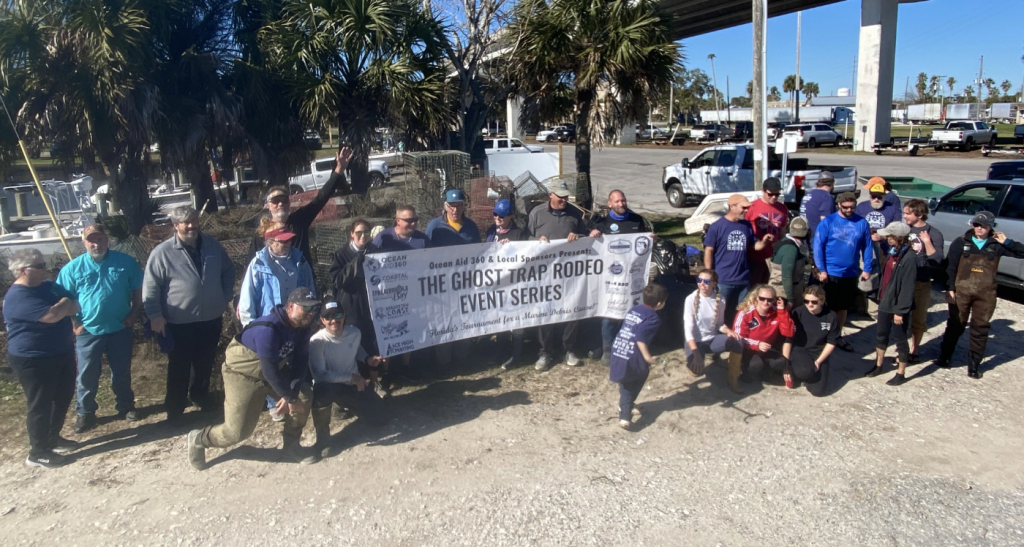