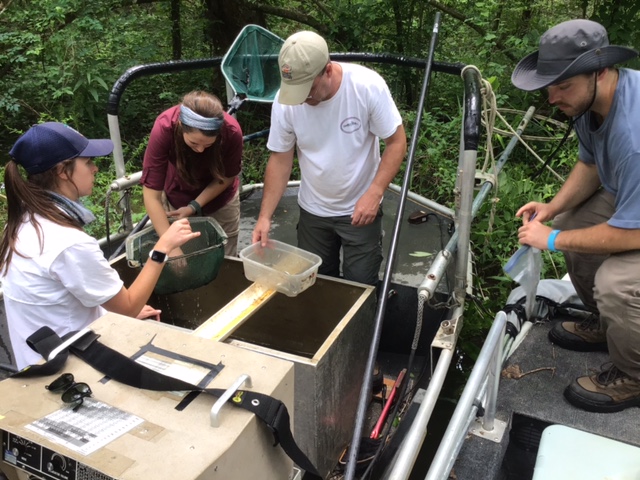 Preliminary fish sampling wrapped up for high water conditions on the Apalachicola River during the second week of May 2021. Researchers from Auburn University, Florida Wildlife Commission, and Apalachicola Riverkeeper sampled fish in East River, Douglas, Spider, Little Spider, and Swift Sloughs. Sampling was done using a boat shocker that stuns fish so they can be captured and transferred to a live well. Following this the fish were identified, weighed, and measured so they can be compared to samples made after the slough restorations. Some of the species collected include the Apalachicola Redhorse, Longnose Gar, Bowfin, and Taillight Shiner among many others. Overall, the sampling went very well despite the river pushing up out of its banks by the third day of work. The next round of fish sampling will be made at low water in late summer or fall.

The May fish survey crew included: