Florida’s natural wonders are manifold, and I love exploring them. I hadn’t really focused on the state’s natural Biblical wonders though. Turns out I missed a big one.

You see, Eve set tooth to that consequential apple plucked from the Tree of Knowledge not in some far away suburb of the Holy Land, but rather just down the road…outside what is now a North Florida town called Bristol. Eve and her rib-mate were proto-Floridians, from their sun-bleached hair right down to their…um…flip-flops.

That revelation emerged not from some obscure corner of the Bible—the Book of Florida, say. No, it sprung from the noggin of lawyer and Bible revisionist Elvy Edison Callaway. After a deep numerological analysis based on the digits 1, 4, and 7, he arrived at the notion that the Garden of Eden had been set in Liberty County, Florida, right next to the holy waters of the Apalachicola River. It being Florida, Callaway of course purchased land and sought to attract tourists, even writing a book in support of his claim. The consummately commercial Garden of Eden thus opened its gates in 1956, just a year after Disneyland did the same.

Callaway’s theme park has long since closed. Today’s Garden is now owned by The Nature Conservancy. They bought up Callaway’s folly not because of its theological significance, but because it was set in a swooningly beautiful, Eden-like wilderness full of steep bluffs and ravines that harbor over a hundred species of rare plants and animals.

On December 10th, 2022, I joined ten others on an Apalachicola Riverkeeper hike to explore the wonders found in this latter-day Garden of Eden. Our hike along the 3 ½ mile Garden of Eden Trail began easily enough in a seemingly unremarkable sand flat of shrub, wiregrass, and longleaf pine. 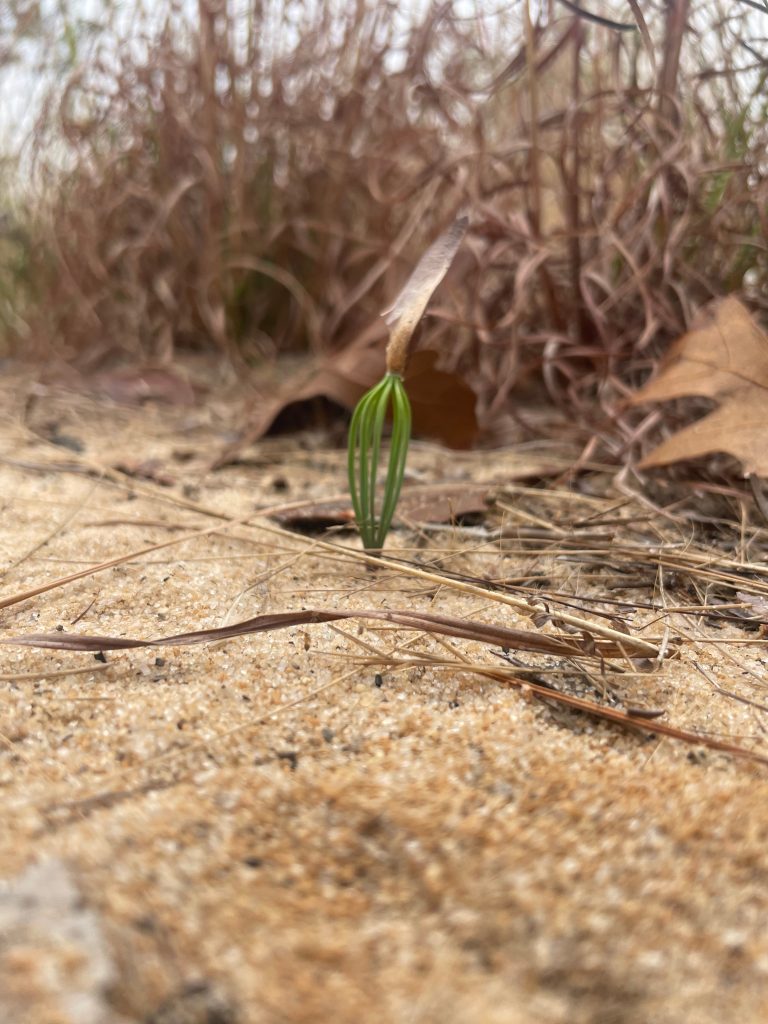 Wiregrass and longleaf are endemic to the Southeast. Before logging eradicated them, vast longleaf pine forests stretched from Virginia to Texas. It was said that a rider could cross that whole distance as easily as touring through a park. The longleaf savannahs were constantly swept by lightning fires, which let fire-resistant wiregrass thrive where less hardy and thicker undergrowth could not. The fire acted like a park caretaker, spacing out the longleaf to just the right distance apart and so providing luxurious shade without obstructing travelers.

The Nature Conservancy is slowly removing the plantation pines that were laid row upon row over the graves of longleaf, and replanting longleaf seedlings, along with wiregrass and other natives. Human-set “prescribed” fires are now doing the caretaker work of clearing underbrush and recreating savannahs. The char of those prescribed burns remains visible on either side of the trail. 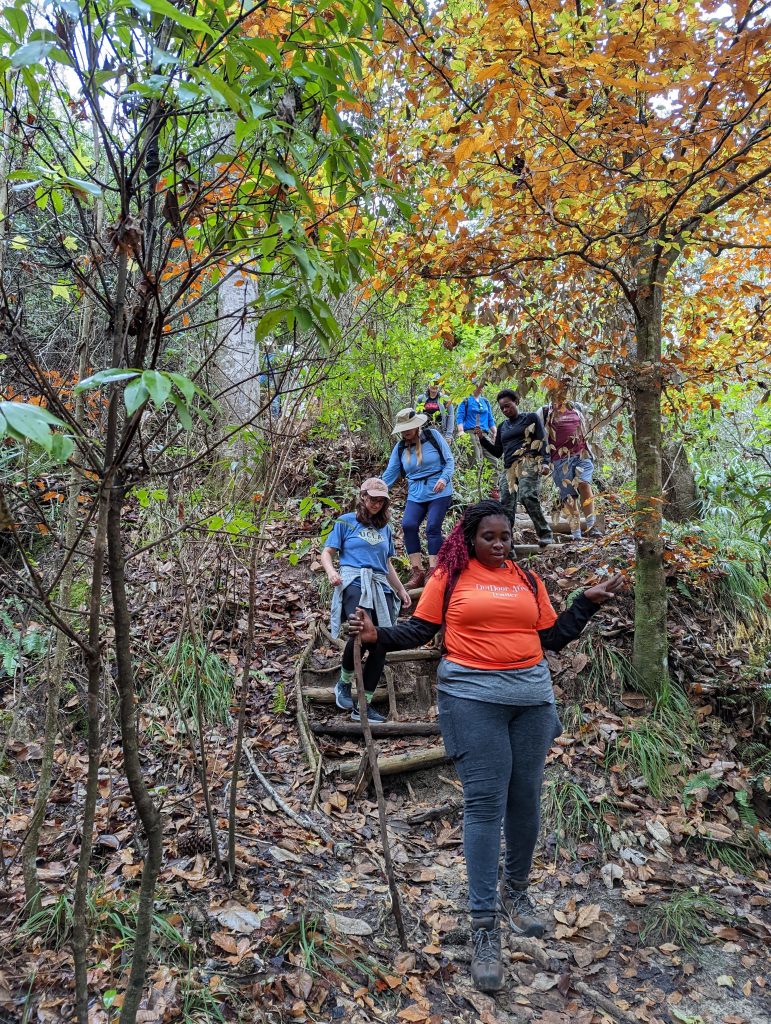 Within a half mile of the start, Riverkeeper hikers encountered the first of several “steephead” ravines. These are features of the area’s limestone or “karst” topography. North Florida sits atop what was once sea floor. The limestone underfoot is the residuum of the shells of creatures that inhabited that sea. The karst is set layer-upon-layer and riddled with underground streams and rivers. Those waterways sculpt steephead ravines from below, eroding caves and channels that then collapse and take surface material down with them. The eroded steephead sands that land beside the Apalachicola then flow back to sea with each new rise of river water and are laid to rest again on the sea floor.

The steephead topography creates micro-climates that host a wide variety of flora and fauna. North-facing ravine sides, for example, harbor shade-loving plants, such as wild ginger, wild hydrangea, mountain laurel, and the exceedingly rare Torreya tree (Torreya taxifolia). Torreya is one of the oldest tree species on earth, and scientists estimate that over 600,000 once inhabited the Apalachicola River valley. Today fewer than 200 survive but, alas, the Riverkeeper hikers discovered none along the trail. We might have had better luck in Torreya State Park, just a few miles from the Garden.

On another holy note, E. E, Callaway thought Torreya to be the gopherwood of the Bible—the same wood out of which Noah constructed the Ark. He asserted that 27 of the 28 trees of the Bible were found in his own Garden of Eden and could be seen for a small fee.

The Garden of Eden trail peaks atop Alum Bluff, which sits 135 feet above the Apalachicola and fosters a completely different dryland climate. Earlier this fall I also paddled down the length of the Apalachicola as part of Apalachicola Riverkeeper’s RiverTrek expedition. We RiverTrekkers camped on a sandbar just across the river from Alum Bluff, and so from a bench atop the bluff, I looked upon that river-level bar with completely new eyes.

Riverkeeper events are always populated with the most interesting folks, and this trek was no different. I hiked with naturalists, authors, and outdoors people of wide experience, and that meant we stopped frequently to examine this or that find, be it fungi, plant, or animal. 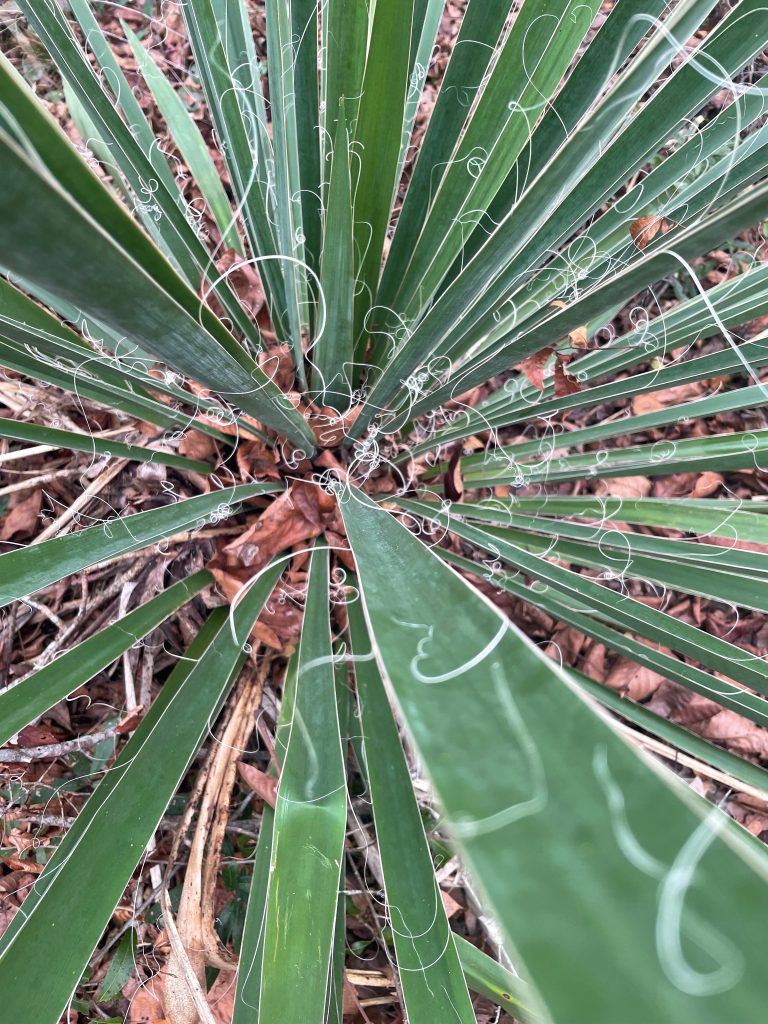 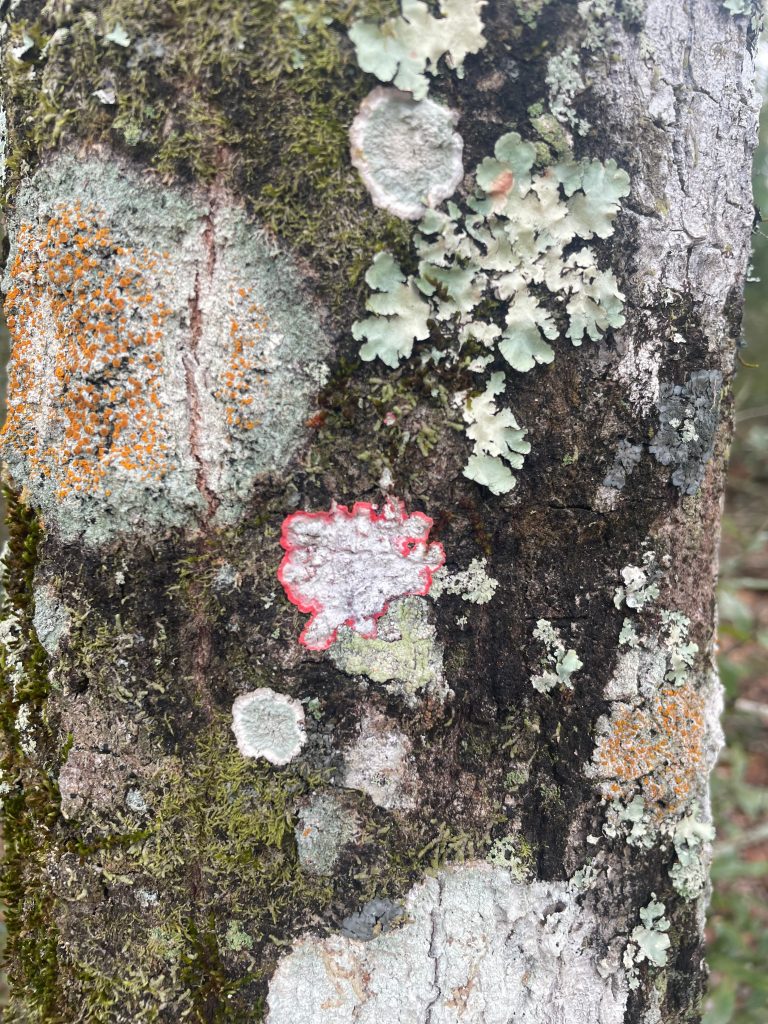 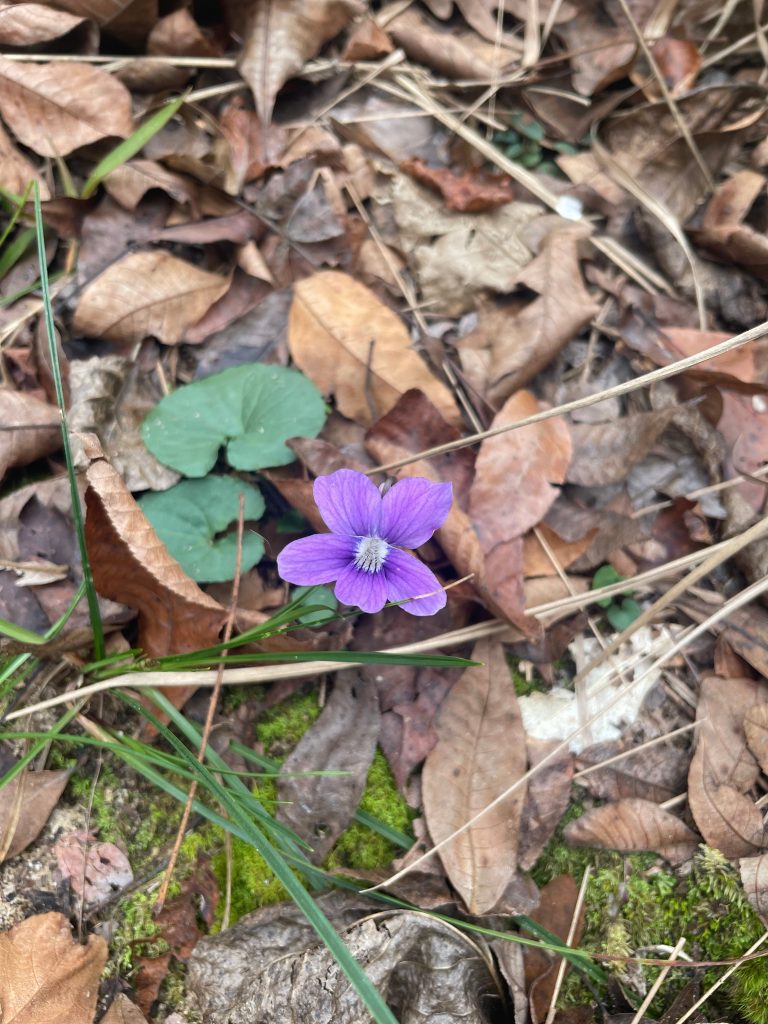 We spent most of the hike also keeping an eye out for the things we did not find. Besides the Torreya, we were looking especially for the endangered Eastern Indigo Snake—Florida’s longest native snake.  The Nature Conservancy is reintroducing them to the sandhills of the Garden and we kept alert for the gopher tortoise burrows in which the Indigos den.

We had no luck here either. We’ll have to leave serpent hunting to others. By the way, E. E. Callaway said that the snake of Eden was no true serpent. It was a Roosevelt New Dealer in disguise. So, perhaps politicians will have better luck finding it than we did. But they’ll have to arrange their own hike. 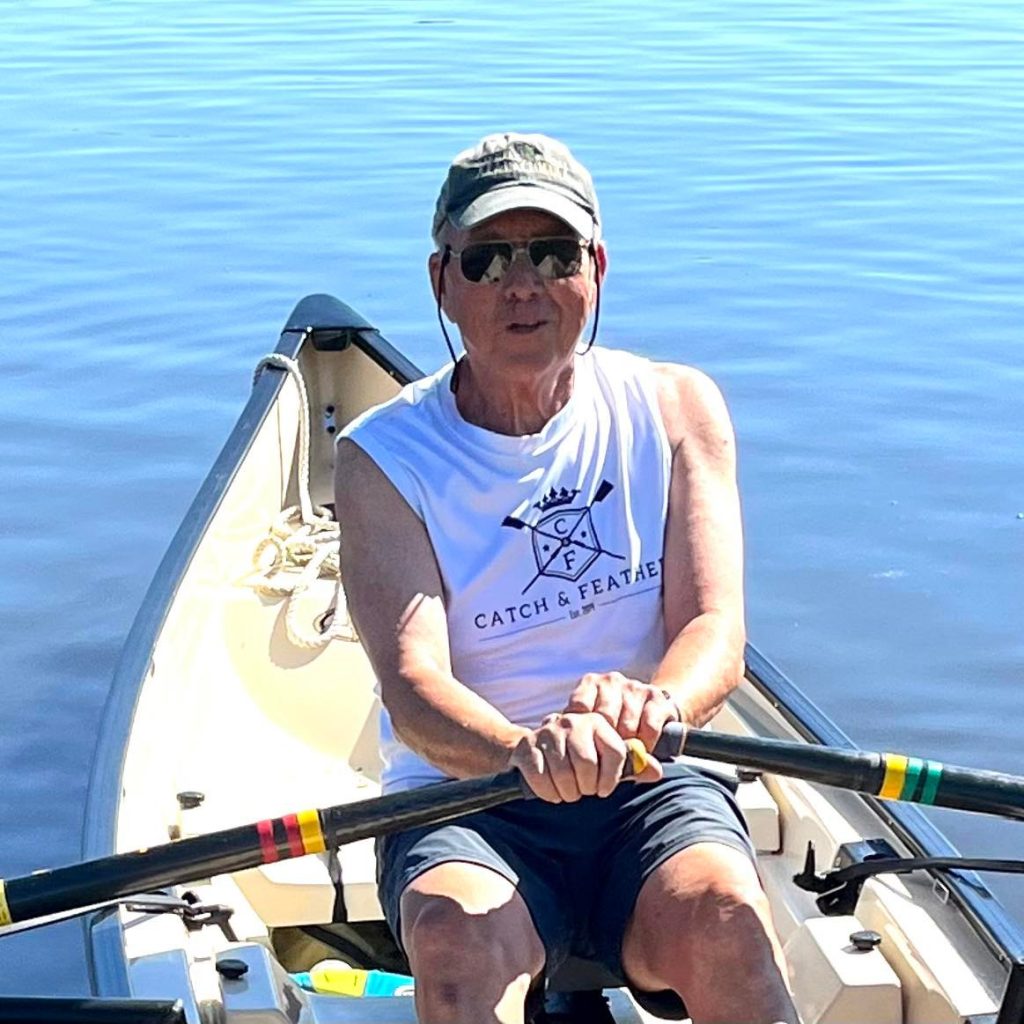