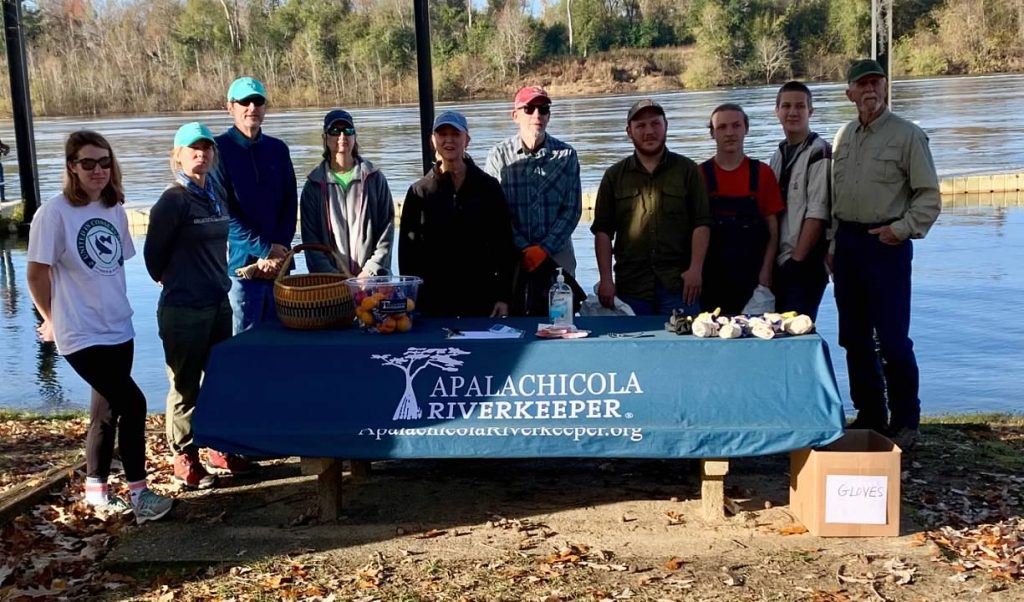 Although the river level was low, the volunteers focused on removing trash from areas where, when the river rises, debris could be washed back into the water.  We arrived a little early and started picking up litter – mainly finding cigarette butts and cigar tips.  We started a tally sheet because this has been done in the past.  We discovered that instead of a specific tally, the Riverkeeper staff would do an estimate of trash based on the final trash bags filled.  That was helpful, because we had already tallied over 100 butts in less than 10 minutes!  Plenty of other types of trash was gathered, but I must say that we still became a little obsessed about picking up butts. People may not understand that the butts are not biodegradable. 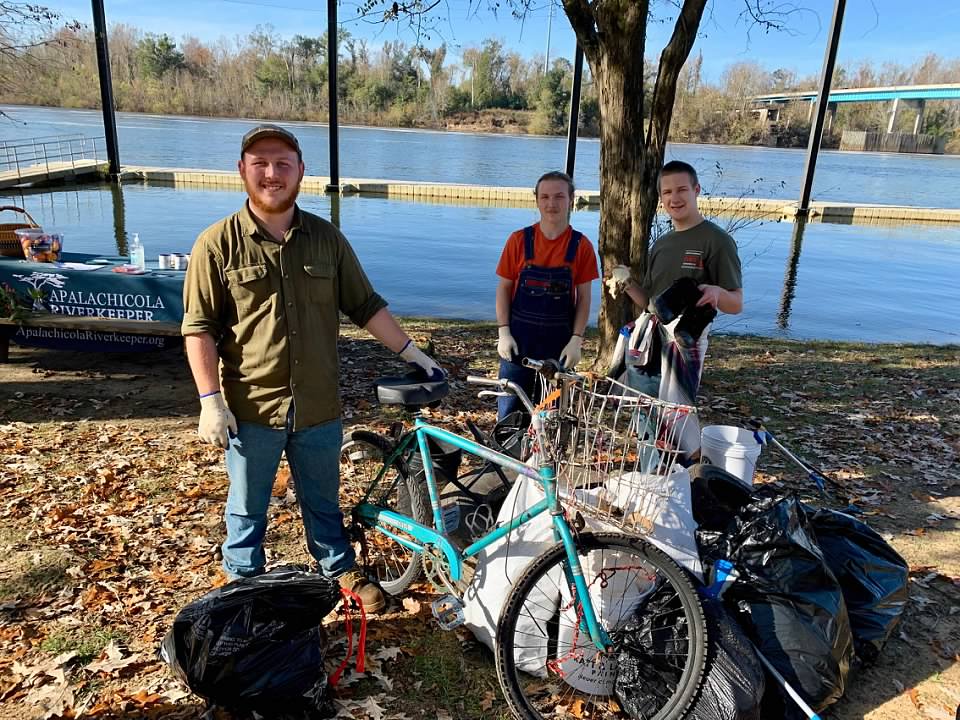 Guy Anglin brought his grandsons again to this event.  They have helped in the past and it’s great to see the next generation take an active part in conservation and the protection of our waterways.  The Anglins, some Riverkeeper staff and other volunteers collected nearly a dozen bags of trash, several tires, and a bicycle.  It’s always interesting to see what people discard (or leave behind). We appreciate those willing to help clean up after others, and to assist in keeping our river clean and available to be enjoyed for years to come. These efforts truly are “saving an American treasure!”

David Hilton serves on the B 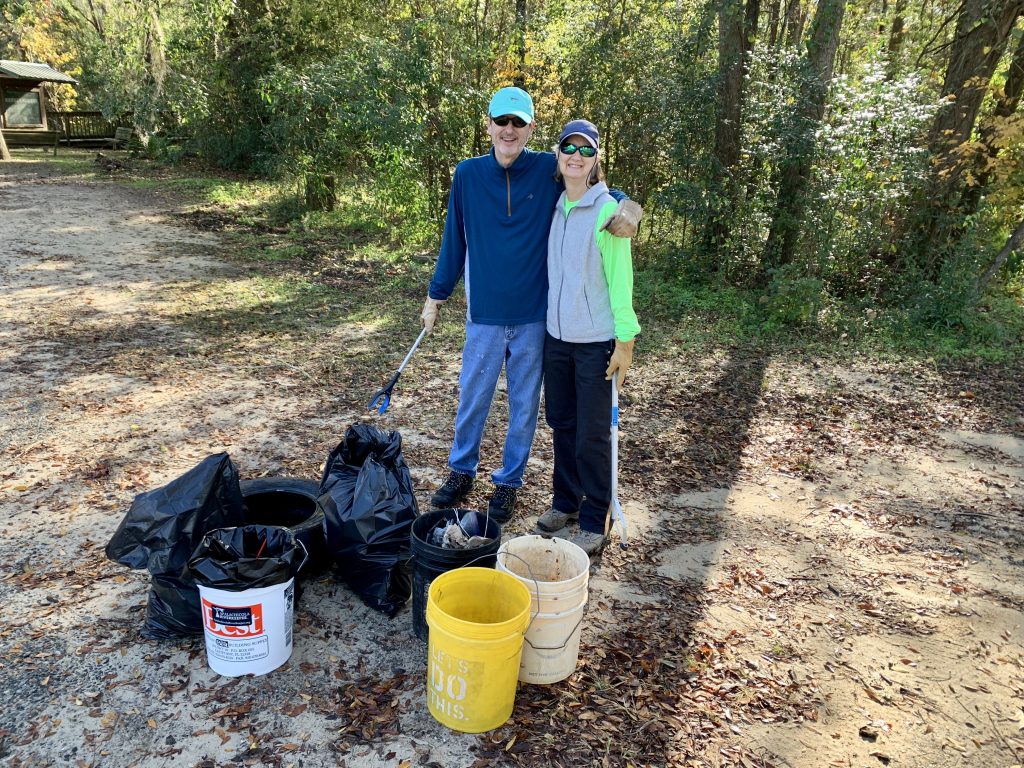 oard of Directors at Apalachicola Riverkeeper. Renea and Dave live in Marianna. Both volunteer with regular outreach activities such as river bank clean ups.